SPACES OF ADAPTATION: self-organised communities and the climate transition

Spaces of Adaptation is delivered by our partnership with Actors of Urban Change (Actors), a program by MitOst e.V. supported by the Robert Bosch Stiftung

As climate breakdown becomes impossible to ignore, actors of urban change face difficult questions: what is our role in the deep adaptation needed? How can we contribute to a socio-ecological transition that is just? We know that a greener, fairer society for all is possible exactly by empowering civil society, leveraging self-organisation and citizen initiatives. But how to demonstrate it? How can we get it to scale?

Spaces of Adaptation will be linking creative urban activists and spaces already prototyping the world that we need; academics exploring how to design just transition from self-organisation; policy makers supporting transformation at the local scale; radical philanthropists who see self-organisation as the most impactful social investment. Together we’ll present the Spaces of Adaptation approach to recognize the value of self-organisation for climate justice and support actors of urban change in mainstreaming the socio-ecological transition we need.

Dance is understood as a way of socializing, nonverbal communication, ritualistic practice, and art form. It is a way to practice freedom of movement and individual and collective expression. It can be martial, competitive, erotic, liturgical, spiritual, and POLITICAL. When we speak about dance, we need to imagine more than happy people dancing on weekends as an award for their hard-working week. Dance doesn't always come from joy. It comes from pain and struggle, resistance too. After years of following the rise of dancing crowds with different urgencies, the term Dance of Urgency has been established. It is a dance that rises in times of personal and collective crises.

Such a dance aims to empower individuals and groups.  In the last two years, we have experienced globally what it means and how it feels to be asked not to move, dance, and socialize. When our social gatherings are seen as dangerous for collective health. What happens when we dance alone versus together? What role does dance have in keeping us humans, collective, happy, sane, strong, connected or even as a nation? We will follow how dances migrated in times of corona through new technologies into Virtual Reality social spaces and dance floors to illegal raves. How slowing down of the West created creative boosts and opportunities for new scenes to step in from Asia and Africa.

The Covid-19 global crisis and imposed restrictions, coupled with economic standstill and political polarisation has threatened the very existence of social ecosystem of non-dominant youth culture, queer communities and other marginalised groups.  The closure of cultural spaces and disruption of creative ecosystems that have served as the last remaining safe spaces for these communities, now poses an existential threat for the underrepresented.

Space of Urgency is a growing network of independent cultural communities, collectives and activists that subscribe to the idea that physical space is essential to the survival of our communities. Which critical reflections & revolutionary visions from spatial pioneers can enhance the resilience of our communities and spaces in Urgency? How can we create transnational alliances to protect our spaces and redistribute culture? What are tools/strategies to become more adaptive and enhance the resilience of our spaces? How can we reclaim urban and rural space for self-organized culture that could play a major role towards the social ecological transition?

"rave-olution" from east to west

The bridges and exchanges between Berlin and Tbilisi have already affected a large portion of otherwise repressed communities not only in Georgia, but also in Armenia, Azerbaijan, Ukraine, to name a few. The vibrant cultural processes, unanimously dubbed as “rave-olution” from Georgia have influenced the waves of new practices and movements in Berlin. How can the youth and non-dominant culture representatives strengthen each other transnationally and help reclaim their positive role in the city’s cultural and social life? How can local traditions be amplified internationally and fused with the knowledge and experience of innovative urban and spatial planning? How can national and transnational experiences bilaterally inform one another and catalyse major cultural transformation in the era of political radicalisation and polarisation? How can cultural activities unite historically divided groups through joint artistic activities? These are the questions we’ll investigate to create a blueprint for communities sharing similar cultural backgrounds and face comparable challenges.

Queer parties offer a place of respite, resilience and resistance for queer, trans and BIPOC communities but during the pandemic most parties were put on hold and venues closed. Despite the hardship and losses suffered in these vulnerable communities, togetherness, artistic experimentation, pleasure activism and mutual care have kept the rave spirit alive. City drifts, intention circles, sound baths - we saw the invention of practices and technologies of dance, music, mourning and healing. For this panel, Pedro Marum (mina, Infinity Rug) invites Mar Cunha (Kosmicare), Rafi (TS Raver) and Maria F. Scaroni (Lecken) to talk about some of these practices, their collective work and together imagine the future of queer raver care.

How do the new forms of distribution such as non-fundable tokens - `NFTs`, and blockchain technology impact artists, and eventually even support our spaces or secure land? What are they, how can we create them? Is this just a new form of capitalism or are there ways to create tools that can enhance long-term equity in our community? How do these new technologies affect the environment? In which way can be part of a development by questioning, observing and reflecting on new technologies to ensure a meaningful impact`? How can we bank the unbanked and support spaces of urgency that lack governmental support?

from cyber to solarpunk futures: alternative economies, discos and time

Who does time belong to? It's the 2020s and the world is about to explode. Its inhabitants are ordered to spend a third of their lives in bullshit jobs that worsen the catastrophe. If our present is Cyberpunk (Akira and Blade Runner were set in 2019), who are the renegades working against prescriptive normativity and towards liberatory, restorative futures?

Join us for a ride through time, entropy and creative, open source rebellion. We are the ones we were waiting for. The time to act is now.

ECF: Rave-olution From east to west

For the past several months, the teams from Tbilisi representing Bassiani and Act4culture (a non-profit organization based in Tbilisi, dedicated to the development of the cultural and creative communities in Georgia), Bam-C (the Balkan Advanced Music Conference), the Tresor foundation and United We Stream regions, have joined forces to work on a project funded by the “European Cultural Fund”.

The collaboration strives to create a robust, transnational artivist alliance between Berlin, Sarajevo and Tbilisi to reimagine the usage of historical spaces, reviving them through cultural activities, as a result creating safe spaces where non-dominant youth culture, queer communities and other marginalised groups in Eastern Europe can thrive.

Together they want to plan a new future for the famous abandoned Hotel Igman in Sarajevo with the collaboration of the community in Tbilisi, Berlin and networks of Space of Urgency and United We Stream. This process will be documented and amplified via streaming over regional and global United We Stream networks. The objective of these activities is to create a detailed blueprint and strategy for identifying and developing such a space in Georgia.

The first part of the project begins at the “Envisioning Free Space conference” where representatives from Tbilisi and Sarajevo will give a short insight on their current socio-political situation when it comes to creating such  spaces and what kind of potential for the future they see in building communities in historical buildings.

How can the youth and non-dominant culture representatives strengthen each other transnationally and help reclaim their positive role in the city’s cultural and social life? How can local traditions be amplified internationally and fused with the knowledge and experience of innovative urban and spatial planning? 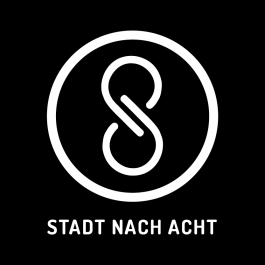 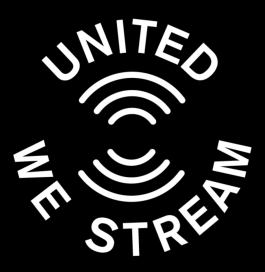 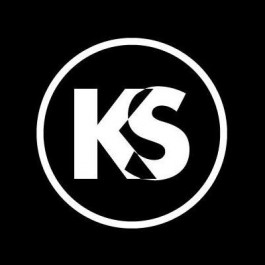 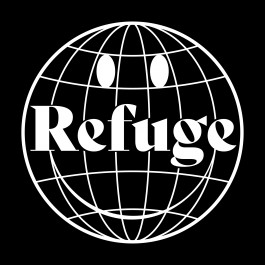